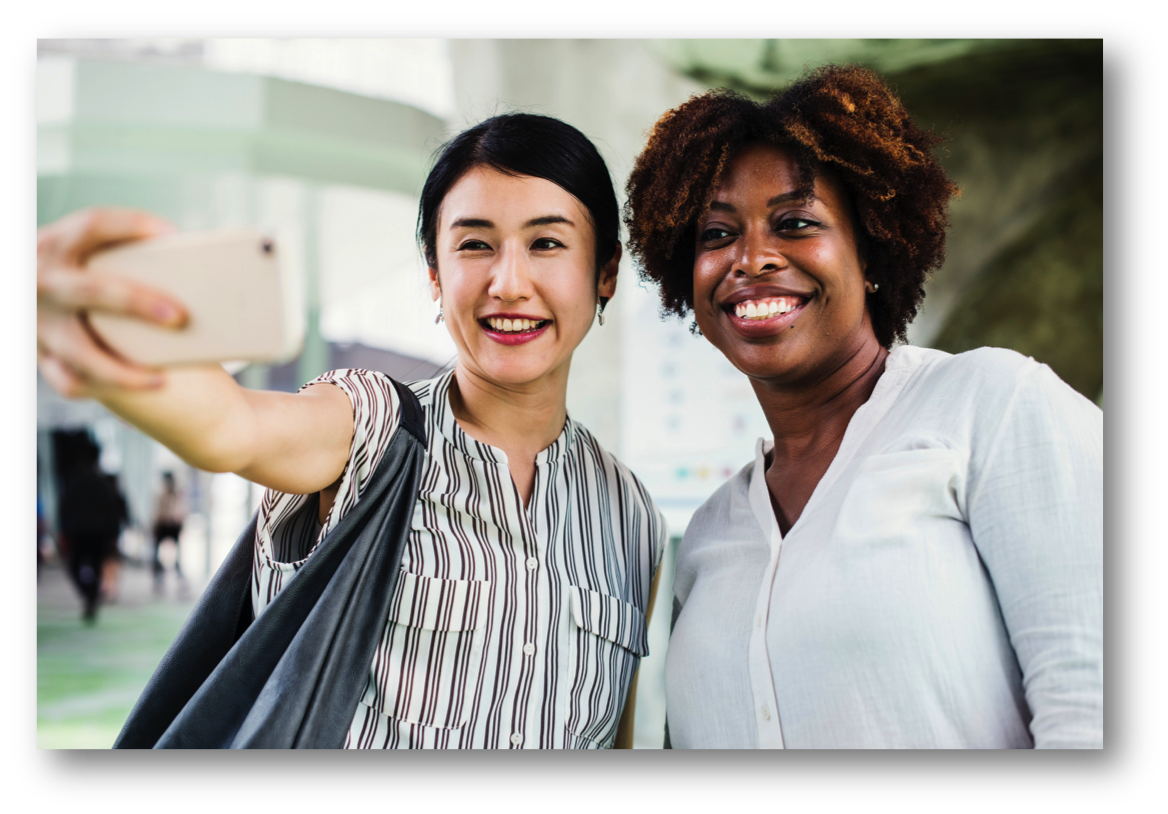 Instagram, Twitter, Facebook, Snapchat and every social media platform in between is filled with pictures of people taking pictures of themselves. The “selfie” has taken the world by storm. Kim Kardashian, arguably one of the most popular selfie devotees, has helped to propel her multimillion-dollar image by taking so many selfies she once boasted that she took over 6,000 of them over a 4-day vacation. With that kind of narcissistic expression influencing young people, what good could this photographic phenomenon have for our society?

Even though the Oxford Dictionary called “selfie” their “Word of the Year” in 2013, the idea behind the selfie is not new. Artists such as Frida Kahlo, Leonardo Da Vinci, Henri Matisse, Andy Warhol and so many more have “taken selfies,” but most people refer to them by their more esteemed term “self-portrait.” Both terms refer to an individual capturing his/her own image and having control over presenting that image to the world.  Self-portraits have served as an artist’s backdrop for his/her emotional state at a specific point in time, his/her artistic style, or even as a vocational announcement. Self-portraits like the ones produced by African American painter Loïs Mailou Jones whose paintings are hailed as connecting "her identity as a black American with traditional African culture," can also serve as an expression of her view of her place in society.

According to a Pew Research Center survey, Millennials (ages 18 to 33) post the most selfies on social media.  When broken down further, the Georgia Institute of Technology found that women take more selfies by 59% to 41% over men. The significance of this difference, particularly from a gender perspective, is important as a subtext for understanding the positive impact selfies can have in our culture.

For example, in her article, "The Feminist Politics of #Selfies," Alicia Eler suggests that women, particularly women of color, are, with their selfies, representing a historically marginalized group of people who would otherwise not be given much attention by mainstream media outlets.  In her interview with the BBC, Eler suggests, “In opposition to the assumption that selfies are objectifying or narcissistic, selfies have been key for empowering marginalised groups like women, people of colour (POC), the LGBTQ community, migrants and refugees. Mass media at our fingertips created access to all kinds of characters, a new generation of individuals who aren’t as afraid to be different or unique, ultimately creating a mirror.”  Individuals who for years have felt “less than” or unseen now have the tools to go from being invisible to highly visible. Not only are they being seen, but the lens in which the world sees them, is their own.

While the selfie posters are the ones who control the content, they cannot control how the content is received. Internet “trolls” and “haters” abound on every social media platform. Posters of selfies must weigh whether they can stomach such negativity. Thankfully, for most selfie posters the opportunity to connect with a worldwide network of potential supporters outweighs the risk of negativity.

When you consider the information stated in the Social Media Week article “7 Ways To Engage Millennials and Gen Z On Social Media In 2018,” they site that "In terms of social media consumption, millennials spend an average of six to seven hours per week on social media, whereas 44 percent of Gen Z check their social media at least hourly."  No one understands the power of social media better than the youngest generation.

One of the best examples of this is how the students at Marjory Stoneman Douglas High School in Florida changed the course of the conversation surrounding gun violence after a tragic shooting at their school. They took to social media by posting pictures, using hashtags, called out public figures on their social media pages and in the end people listened, retweeted, liked and responded. They took the spirit of the selfie and controlled the narrative. They took on the “trolls” and have propelled their movement forward.

What Does This Mean for Associations?

Associations can learn from the examples of the those who use self-expression to further their image or cause. People want to feel included. Selfie culture feeds off of this innate need. It brings those who feel unseen into the forefront, and it helps them steer their own narrative. The concept of #FOMO (fear of missing out) encapsulates the selfie-culture ideal of people wanting to experience inclusion in whatever venue, event, cause, etc. themselves, on their own terms. Associations need to do more to create a sense of FOMO around their events and causes, via their social media outlets and throughout their membership community at large.  The more an association can do to foster the sense of welcoming and inclusion for an individual, the more engaged that individual will be with the organization.

Join Us for a Free Webinar

Do you love this topic? RSVP to attend a free joint webinar on July 25, 2pm ET.
RSVP for Selfie Culture's Effect on Member Engagement.